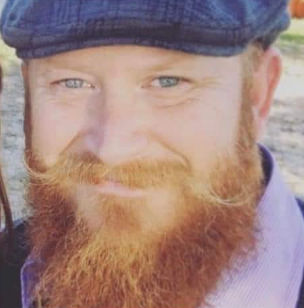 Brian Barnes, age 49 of Kansas City, Missouri formerly of Ava, Missouri, passed away Sunday, August 22, 2021. At the time of his passing, Brian was under hospice care in the home of his parents and surrounded by his beloved family.  He was born April 13, 1972, the son of Alvin and Kandy (Hennan) Barnes. Brian was a well-known Ava Bear alumnus. He excelled as a member of the Ava High School Football team, where he received State honors all four years, recognized on both Defense as a Linebacker and on Offense as a Running Back. Brian graduated from Ava High School in 1990.

Later Brian moved to Kansas City, where he attended Cleveland Chiropractic College, and received his Doctor of Chiropractic. Like most college students, he worked in various positions through college, as a truck dispatcher and also a bar tender.

Brian was united in marriage to Angela Ball and this union was blessed with two boys, Connor Barnes and Cooper Barnes. Soon Brian felt the calling to serve and joined the United States Air Force, as an Air Traffic Controller, where he achieved the rank of Senior Airman, assigned to the 71st Operations Support Squadron, Vance Air Force Base, Oklahoma. After serving two years as an Airman, Brian was offered a position at Kansas City International Airport, as the Air Traffic Controller, where he served 17 years, before medically retiring.

Brian was later united in marriage to Rebecca Hammen and was blessed with an addition to his family, a daughter Gracie and stepdaughter Olivia. Brian was an avid outdoorsman and social butterfly. He loved to hunt, fish, play practical jokes and loved spending time on the waters with his family. Brian was an avid KC Chiefs fan and a loyal KC Royals fan. Brian also loved his nieces and nephews, Eric, Brayden, McKenzie, Madalyn, Mallory, Miley, Sean and Myrtle.

Brian was very thankful for his time he spent catching up with his old friends. If you have ever known Brian, you would say he could look at a book and retain its knowledge. Learning was his passion. And like the man he was, Brian donated his body to science medical research, so others could learn from his passing.

Brian is survived by his wife Rebecca, and their children Connor and Cooper Barnes; his daughter Gracie; his stepdaughter Olivia; his parents Alvin and Kandy Barnes; his sister DiAnne (Wycka ) Barnes and husband Alex; their children Madalyn, Mallory and Mily; his two brothers Adam Barnes and wife Stephanie, their children Eric, Bradyn and McKenzie, Mike Barnes and wife Rachel and their children Sean and Myrtle Willis. Brian will also be missed by his loving aunts, uncles, many cousins, other caring relatives and friends. Brian was preceded in death by his grandparents Lorel and Mary Barnes and Arthur and Mary Hennan, three uncles Neal Barnes, John Parker, Jim Renne, his aunt Charlene and cousin Gale Barnes.

Celebration of Life services for Brian will be 4:00 P.M. Sunday, October 3, 2021 in Turkey Creek Cemetery and continue at 5:00 P.M. in Ava City Park, Ava, Missouri. Online condolences may be shared at www.barnesfamilyfunerals.com. 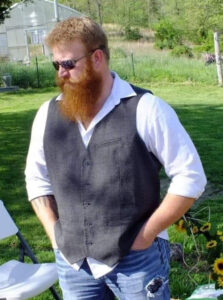 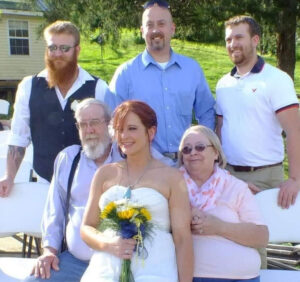