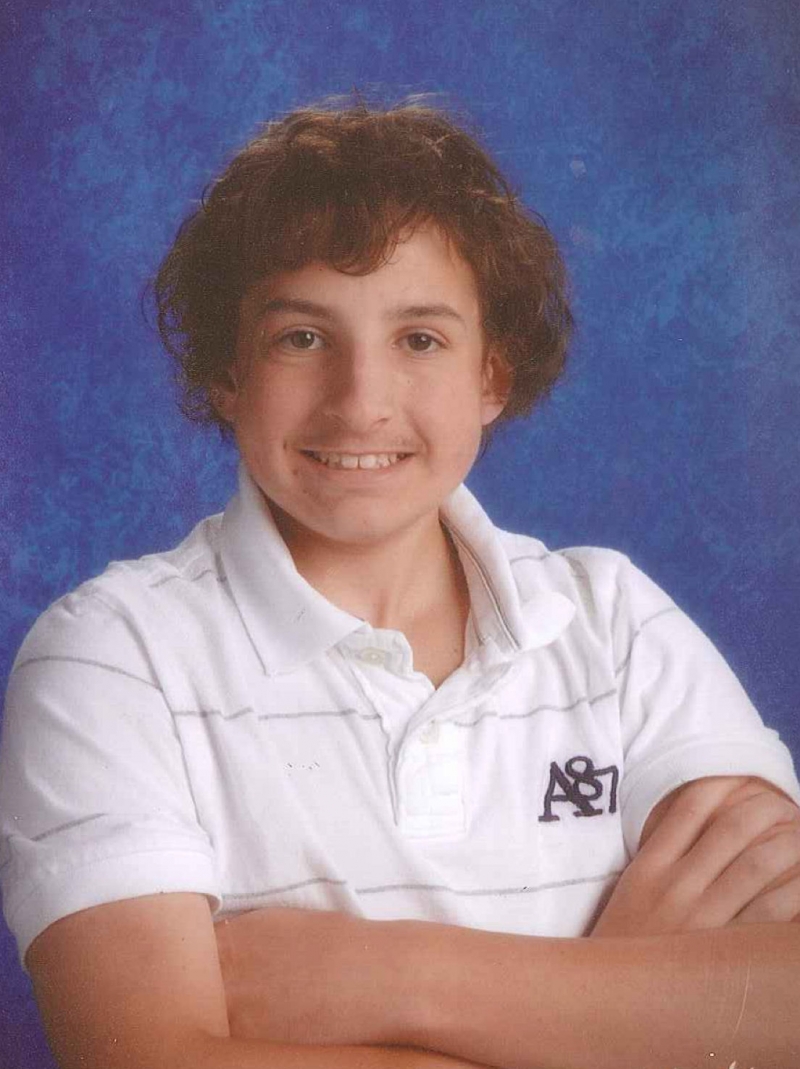 John Samuel Schrock, age 14 of Ozark, passed away peacefully in his home, early Friday morning April 27, 2012 while in the presence of his loving family. Sam, as he was fondly known by his friends and family, fought a courageous battle with brain cancer. During his brave illness fight, Sam endured many hardships but never complained and managed to maintain his humble spirit. Sam was born January 8, 1998 in Springfield, the son of Brad and Amanda (Fletcher) Schrock. He was presently attending Ozark Junior High School and was a member of the 8th grade class. Sam was well-known as a die-hard baseball player and attained the title of “Slamin Sammy”. He also chose the St. Louis Cardinals as his favorite team and enjoyed playing golf with his Dad. Sam was a true sportsman. Because Sam touched so many lives with the impact of his love, courage and strength his family and friends look to him as their “Hero”. He will be sadly missed but forever remembered as a tremendous blessing. Sam is survived by his parents, three brothers Chris and Corey Spivey, Zack Schrock; two sisters Zoe and Shelbee Schrock; paternal grandparents Janet Whalther, Paul and Judy Schrock; maternal grandparents Arnold and Jewel Fletcher; other caring relatives and several good friends. Funeral services were 1:00 pm Tuesday, May 1, 2012 in Barnes Family Funeral Home, Ozark with Pastor Marvin Yoder and Pastor Dan Olson officiating. Sam will be laid to rest in the Selmore Cemetery, Ozark.