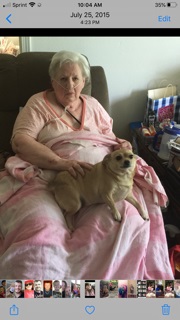 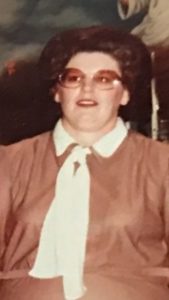 After having three children, Pamela, Chris, and Dana, they moved back to Max’s hometown of Highlandville, Missouri in 1972.  While raising her children, Barbara worked at Zenith for 25 years.  On March 21, 1988, Max passed away after a long battle with cancer.  Barbara married Jerry Ward of Springfield November 23, 1994 and he stayed by her side until the end of her life.  Barbara put her family and God first in her life, loved to do wordsearches, loved to text and send emojis to her family, and always had a love for animals.  Barbara valued her pets as family members, especially her Daisy Mae, who was her sidekick for the last several years.  On the weekend of her 80th birthday, Barbara and Jerry moved into the Ozark Nursing and Care Center in Ozark, Missouri, where she received phenomenal care from a loving staff.

Barbara is preceded in death by her parents, her siblings Richard, Welby, Margaret, and Harriett, her first husband Max Mabe, and her son-in-law Michael Eakins.

There will be a family graveside service at a later date. Arrangements under the care and direction of Barnes Family Funeral Home, Ozark. Online condolences may be shared at www.barnesfamilyfunerals.com.