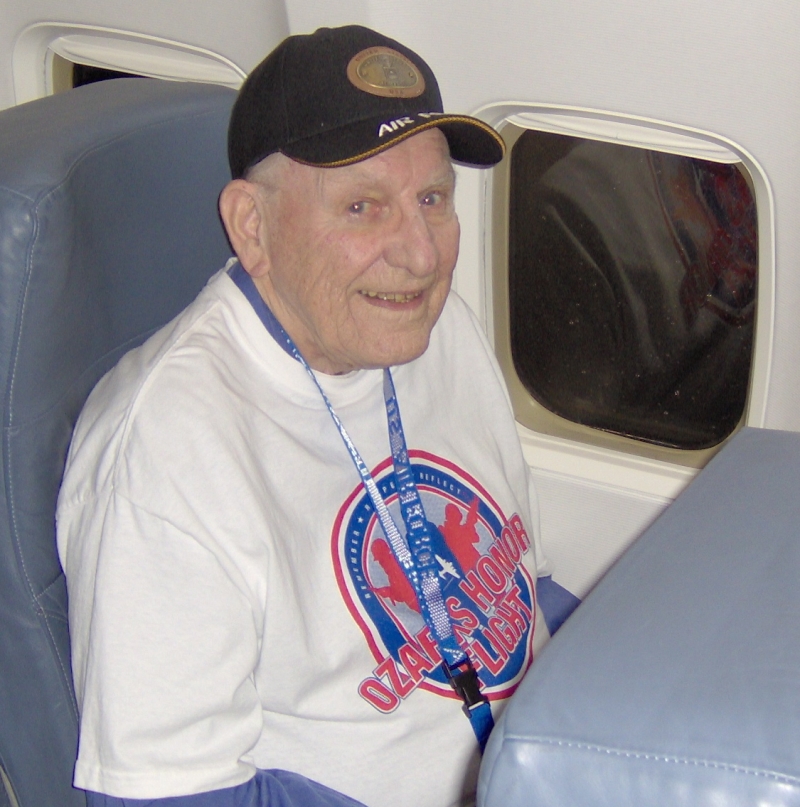 Charles D. Allen Jr. was born on November 16, 1924 and passed away on August 17, 2011. He was preceded in death by his parents Charles D. Allen and Olga Marggret Larsen, and by his sister Margaret Eloise Bennett. He is succeeded in death by his wife Mary Louetta Allen, his sister Mary Jane Wise, his four children, Linda Linenberger, Kim Allen, Dawn Ward, and David Hemphill, and by three grandsons. Charles was born and raised in the Lincoln, NB area. Upon graduating from high school in 1942, Charles enlisted in the United States Army Air Corp. He served as a navigator on a B-17 Bomber during World War II. Charles stayed in the army reserves until the 1980’s, having obtaining the rank of Major at the time of his retirement. After the war he attended the University of Colorado at Boulder, receiving a Bachelor of Science in Architectural Engineering in 1949. He worked as an architectural engineer for the federal government for 32 years, until his retirement in 1981. Charles moved to Highlandville, MO in 1983 to spend his retirement. In 2010, he took great pride in taking part in the Ozarks Honor Flight. He enjoyed painting, woodcarving, reading, volunteering at Cox Walnut Lawn, and spending time with his family, especially his three grandsons. Charles was also a spiritual man, who always found immense joy in the love of God. Please contact family for more information on the time and location of service and celebration in honor of Charles D. Allen’s life. In lieu of flowers, the family requests that donations be made to Ozarks Honor Flight. Cremation under the care and direction of Barnes Family Funeral Home, Ozark. Online condolences can be left at www.barnesfamilyfunerals.com.