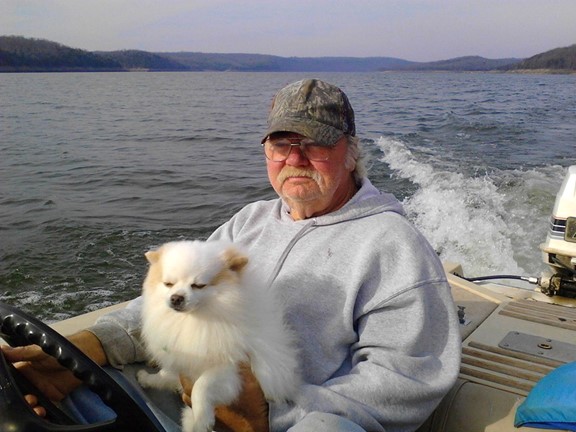 Danny Martin, age 70, of Buffalo Missouri, went home to be with the Lord Wednesday, September 29, 2021. He passed away at Citizens Memorial Hospital, Bolivar, Missouri due to an unexpected illness.

Dan was born in McCracken, Missouri to Elmer Martin and Arvilla (Simpson) Martin at their home. He grew up with 11 siblings and attended Ozark school. He was a man of many hats but later in life, he started his own business, Dan’s Electric. He served many towns in the surrounding area and made some good friends along the way.

He enjoyed fishing but was a terrible trolling motor driver. He will be dearly missed now. His also enjoyed an annual “deer camp” trip every November. Working on cars in his past time, remodeling their home and recently playing on his tractor.

In his twenties Dan met Sheryl Williams. They fell in love and married December 21, 1974. The two started a family, complete with 6 children. Being a kind, dependable and devoted father, grandfather, uncle, brother and friend was of the utmost importance to Dan and he certainly did not disappoint when it came to wholeheartedly loving his family and friends.

In addition to his wife Sheryl, Dan is survived by his children, Teak Shay of Branson, Daniel Martin of Buffalo, JoDee and Joseph Wiles of Oldfield, Melissa Martin and Ray Workman of Nixa, Shawna and Mike Telander of Springfield, Tyler and Erica Martin of Fordland. His dear sisters Tina King, Linda Letterman, Penny Bowers, Veronica Rice and Vicky Moody ; 23 grandchildren and 4 great grandchildren.

The graveside service will be held at Shipman Cemetery, Thursday, September 30, 2021 at 10:00am. Arrangements under the care and direction of Barnes Family Funeral Home, Ozark. Online condolences may be shared at www.barnesfamilyfunerals.com.