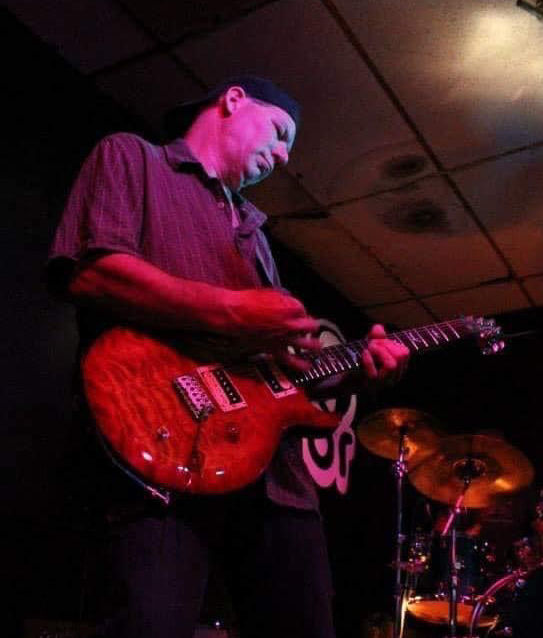 Dennis was a music lover and musician from a very early age and learned from his father who was a talented steel guitar player in the Lincoln/Omaha Nebraska area. Dennis was age 9 when his family relocated to the Springfield, Missouri area, where he took guitar lessons and developed a good ear and learned music on his own. He had a natural talent for the instrument and progressed very quickly. Dennis soon began playing in dance bands primarily in the Springfield area since the 1970’s. Some of the local bands included Danger Zone, Saddletramp, Loose Change, Pat Pending, Checkered Past and Big Rumor. Musicians respected Dennis and his enormous music talent. He also enjoyed electronics, wiring amplifiers, guitars and reading schematics, a talent he shared with his father, Curtis. Dennis repaired amplifiers for Alexander Cramer of Doc’s music in the 1990’s as well as working as a guitar tech and instrument repairman at Music City of Springfield. Beyond these talents, Dennis worked as an auto body repairman and painter. He was always talented with his hands and had an eye for details. People that knew Dennis, generally said he was a great guy with an odd sense of humor but also made many people laugh. But basically, Dennis will be sadly missed but remembered as an awesome guitar player.

Graveside funeral services for Dennis will be 2:30 P.M. Saturday, November 13, 2021 in Sparta Cemetery, Sparta, Missouri. Visitation will be 1:00 to 2:00 P.M. in Barnes Family Funeral Home, Ozark. Online condolences may be shared at www.barnesfamilyfunerals.com.