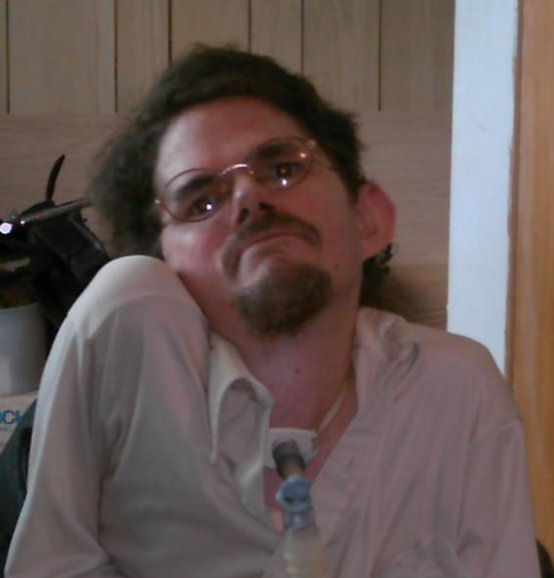 Gary A. McIntyre, age 47 of Sparta, passed away Sunday, December 4, 2011 in Cox South Hospital, Springfield. He was born on Mother’s Day, May 10, 1964 at a United States Air Force Base in Tachikawa, Japan. He was born to proud parents, Donald and Donna (Manross) McIntyre. Gary was baptized at the young age of nine and was a member of Glenstone Baptist Church. He graduated from Kickapoo High School in 1981, after defying the odds of living with scoliosis. He received a standing ovation for his scholastic accomplishment and could be seen pushing his wheelchair loaded with books. In 1982, Gary went to the top of Pikes Peak even with his ventilator. After the ravages of the disease rendered Gary bed ridden, he was still able to reach the world on his computer and continued to spread his love of Christ to others. As a final expression of Gary’s selflessness he donated organs so others might benefit. Gary is survived by his parents; sisters Sherry Millstead and husband Mickey, Sandra Stowe all of Sparta; Susan McIntyre of St. Louis; brothers Nathan and Patrick Stowe both of Sparta; other relatives and friends. Graveside funeral services were held 2:00 p.m. Thursday, December 8, 2011 in White Chapel Memorial Gardens, Springfield with Pastor Doug Irvin officiating, under the care and direction of Barnes Family Funeral Home, Ozark. On line condolences may be shared at www.barnesfamilyfunerals.com.