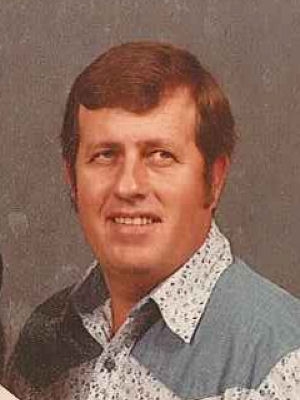 John Thomas, age 67 of Oldfield, passed away Friday, December 16, 2011 in St. Johns Hospital. He was born February 7, 1944 in Pryor, OK the son of Luther and Flora (Durbin) Thomas. On July 23, 1965 he was united in marriage to Connie Walker and this union was blessed with four boys. By trade John was a union brick layer, but among his rural community friends he was known as a true outdoorsman. He enjoyed fishing, hunting, camping and riding his four- wheeler. His grandchildren and entire family will miss him dearly. John is survived by his wife Connie; four sons Darin, Paul, Steven, and Christopher Thomas; three brothers Jackie Thomas, Alfred Thomas and wife Paulette, Glen Thomas and wife Janice, a sister Linda Yancy; seven grandchildren Keith Walker, Craig Thomas and wife Lindsey, Shaun, Seth, Phillip, Tosha, and Austin Thomas; numerous nieces, nephews and several caring relatives. He was preceded in death by his parents. Graveside funeral services will be 2:00 pm Tuesday December 20 in Oldfield Cemetery with Pastor Chuck Eakins officiating, under the care and direction of Barnes Family Funeral Home, Ozark. Visitation will be 12:00 to 1:30 pm in the funeral home prior to the funeral. On line condolences for John may be shared at www.barnesfamilyfunerals.com