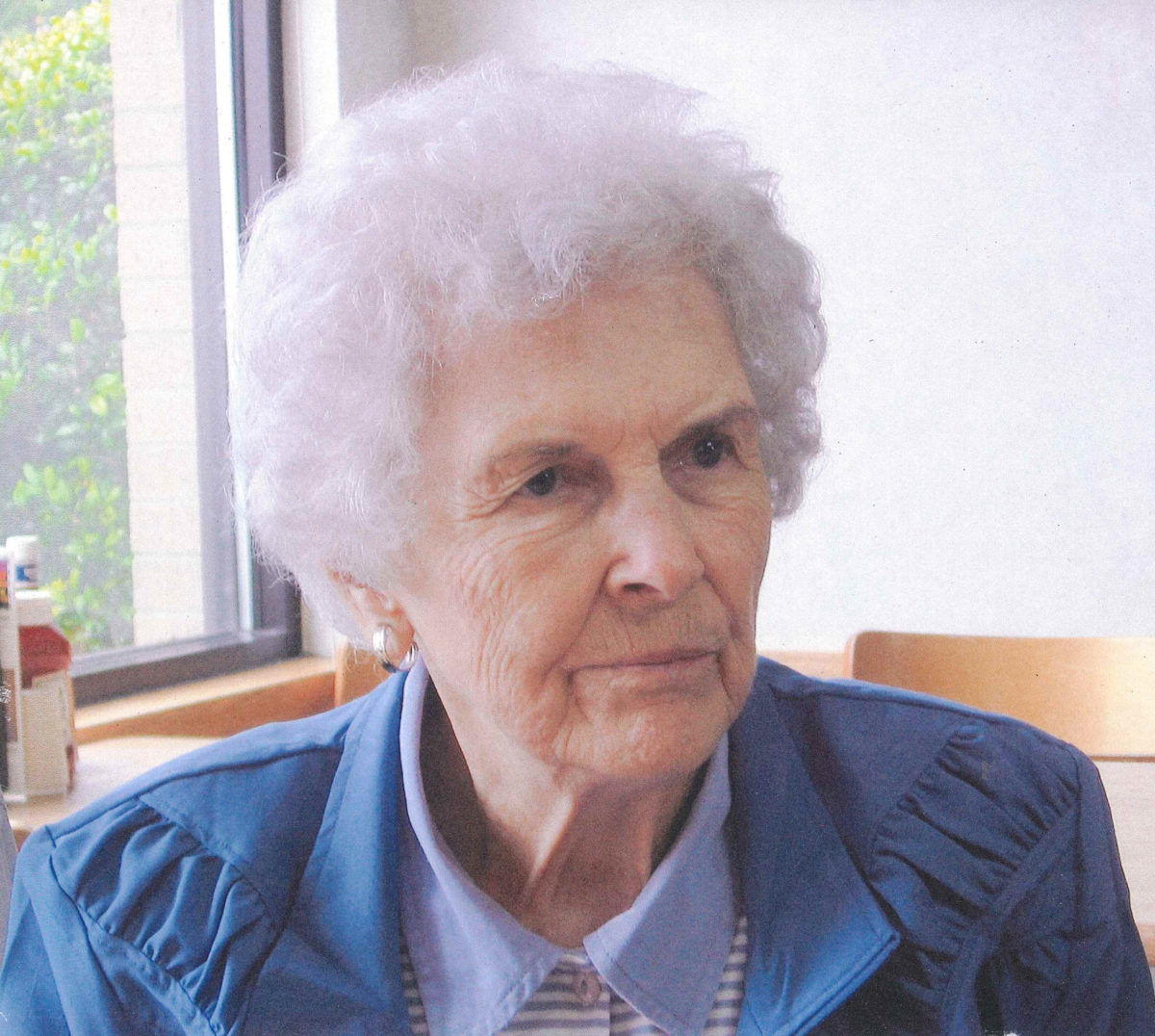 Hazel E. Lawson, age 98 of Sparta, Missouri passed away Tuesday, January 7, 2020 in Mercy Hospital, Springfield. She was born November 6, 1921, in Turners, Missouri, the daughter of Elmer and Maude (Plaster) Allen. Hazel was united in marriage to Glen Lawson in 1938 and enjoyed 55 years of marriage before Glen preceded her in death on June 11, 1993.

During her younger years, Hazel attended Logan Elementary School and later graduated from Rogersville High School. Hazel was a gifted athlete and excelled in tennis, volleyball and won several soft ball games as the star pitcher. Not only was Hazel a gifted athlete, she was also an exceptional student, graduating high school two years early. After Hazel was married at the age of 17, she fulfilled her responsibilities as a homemaker, cooked excellent meals and always offered a helping hand to her family and friends. Hazel also contributed to her family by hatching eggs, having as many as 400 laying hens at one time and raising and growing most of the food that her family ate.  Hazel was a committed Christian and a faithful member of Sparta Church of Christ. Her legacy will live on forever in hearts of her loving family and friends and she will be fondly remembered.

Funeral services for Hazel will be 11:00A.M. Saturday, January 11, 2020 in Sparta Church of Christ with Ted Spencer officiating. Burial will follow in Linden Cemetery. Visitation will be held one hour prior to the funeral and begin at 10:00 A.M. In lieu of flowers please make donations to Fair Haven Children’s Home 3132 N. Fair Haven Loop, Strafford, Missouri 65757. Arrangements under the care and direction of Barnes Family Funeral Home, Ozark. On line condolences for Hazel may shared at www.barnesfamilyfunerals.com