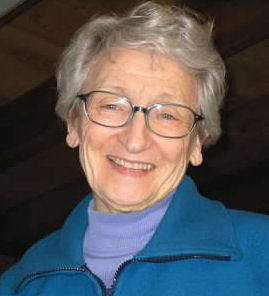 Hilda Marie Haire Walker, age 88 of Springfield, Missouri, was born at Mendenhall Hospital in Johnston, Pennsylvania, August 5, 1933. Hilda passed away peacefully, Tuesday, April 19, 2022, in The Fremont Living Center, Springfield, Missouri. She and her brother, David, were the children of David Baker Haire and Hilda Sophia Hoel Haire and lived in Seward, Pennsylvania. They moved to Vanport, Pennsylvania when she was 10 years old and later graduated from Beaver High School.  Hilda attended Grove City College where she studied a secretarial program and earned her degree. In college Hilda went by the nickname of Bunny Haire because of the humorous reference to “Rabbit.”

Hilda worked in administration at Michael Baker Engineering Company where she met James Walker, her husband and lifelong love. He had observed her working the switchboard and asked a mutual friend to whom he said, “I want you to introduce me to THAT GIRL!” They were married October 30, 1954. They raised three daughters in a home they built and lived in for over 60 years. James and Hilda founded Walker and Associates, a successful aerial photogrammetric and mapping business, where Hilda was the office manager.

Hilda shared her passion for music and encouraged her daughters to sing and play the piano. She sang in the choir at Webster Groves Christian for many years. Hilda used her creative skills in cooking to make wonderful, healthy homemade meals every day. She was proud of her Norwegian heritage and enjoyed making traditional Norwegian Christmas meals, researching her Norwegian ancestors, and meeting her relatives in Norway.

She voraciously read her daily newspaper and completed every crossword puzzle she ever met. She was the grand champion of every trivia game the family played, and she could quote song lyrics and lines from books.

Hilda taught her children the values of honesty, hard work, sensitivity to others and love. She kept her own council and didn’t speak ill of others. Hilda was bright, loving, and devoted to her husband and daughters.

She is survived by her three daughters, Pamela Hazell and husband Alva, Rebecca Knight and husband Lester, Stephanie Low and husband Ken; eight grandchildren, Morgan, Rachael, Jessie, Chase, James, Amelia, Derek and Spencer along with eight great-grandchildren. In addition to her husband James, Hilda was also preceded in death by her parents and brother David.

She was deeply loved by her entire family. Hilda was the best Mother to her three daughters and allowed laughter and joy to fill their home.

Funeral services for Hilda will be 11:00 A.M. Saturday, April 23, 2022 in Barnes Family Funeral Home, Ozark. Burial will follow in Sparta Cemetery, Sparta. Visitation will be 10:00 A.M. Saturday until service time in the funeral home. Online condolences may be shared at www.barnesfamilyfunerals.com. 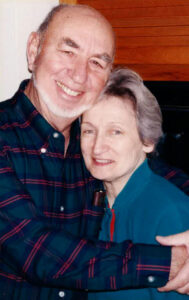 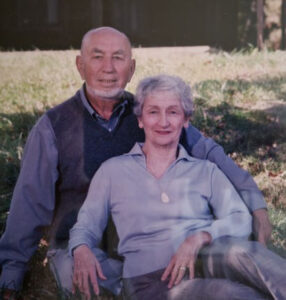 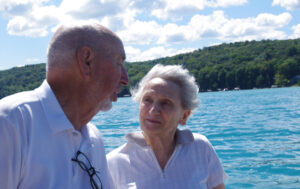