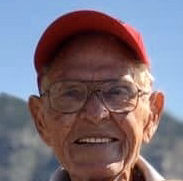 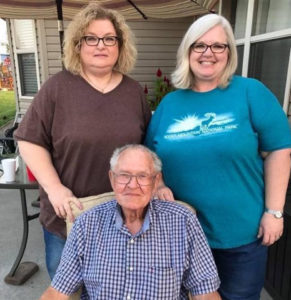 Hugh Alan Wood, age 81, of Ozark, Missouri, passed away peacefully Thursday, January 23, 2020, in his home with his family by his side.  He was born September 10, 1938, in Dogwood, Missouri, the son of Hulet E. and Leota (Garrison) Wood.  On April 6, 1960, he was united in marriage to the love of his life Joanna Bacorn and this union was blessed with two daughters.

Alan retired from the Dayco Corporation.  After retirement, he enjoyed helping his cousin, Fred Haynes, with his insulation business.  In 1980, Alan and his family moved to Lebam, Washington, where he worked as a log truck driver for his cousin, Howard Wood.  In 1986, they returned to Missouri awaiting the birth of their first grandchild.

Alan enjoyed hunting, fishing, and camping with his friends and family.  His greatest joy was his grandchildren and his great-grandchildren.

Visitation will be held Monday, January 27, at 5:00 p.m. at Barnes Family Funeral Home in Ozark, with a celebration of life following at 6:00 p.m.  In lieu of flowers, the family requests donations be made to the American Cancer Society.  Online condolences may be shared at www.barnesfamilyfuneral.com.