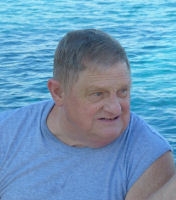 John Harry Tremaine, age 71 passed away November 17, 2012 at his home in Sparta, MO. He was born in Lakewood, Colorado on January 28, 1941, the son of Harry Maynard & Margaret (Emanuel) Tremaine. He is preceded in death by his parents and grandparents. John is survived by his wife Glenda (Lee) Tremaine who joined him in marriage on May 20th, 1995. He leaves behind one son John William Tremaine and wife Brandee of Jacksonville, North Carolina; one step-son, David Allen Fare and wife Stacia of Aurora, Colorado; five grandchildren, Brett, Brianna, Madelynn of North Carolina, Keeley and Inara of Colorado. John also leaves behind to mourn numerous extended family and a host of life long friends. John was an active member in law enforcement serving as police chief and deputy sheriff in South Dakota and Colorado. He took great pride being a member with the Shriners, Knights Templar and the Masonic Lodge as a 33rd degree Mason. John’s many enjoyments in life were camping, fishing, woodworking and in his spare time working on cars. John will be sadly missed by all who knew and loved him. Cremation was under the care and direction of Barnes Family Funeral Home, Ozark. On line condolences may shared at www.barnesfamilyfunerals.com.