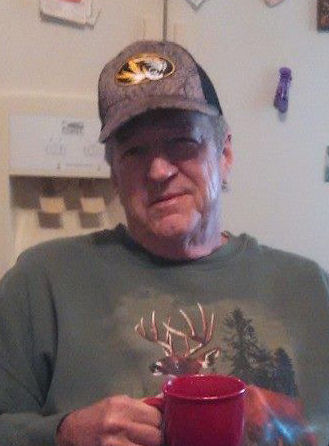 Kenneth Walter Hale, age 82 of Ozark, Missouri passed away Tuesday, June 29, 2021 in his home surrounded by his loving family. He was born May 23, 1939 in Kansas City, Missouri the son of Kenneth John Hale and Viona (Walters) Hale

Kenneth Walter Hale also fondly known as Buzz Hale was a very respected and loved man. He was the head of our family, strong and protective of those he loved.  He would do whatever it took to help and protect those he loved. Even people throughout his life he did not even know. Whether it was giving away his fish he caught or giving fishing tips and which bait to use. Buzz would give a stranger a ride or help them at times, just because. Although he had a temper and a no nonsense attitude, he was highly respected by everyone who met him. He earned that respect and had a strong presence. Buzz was an amazing hunter and fisherman who enjoyed fishing the most.  His passion besides hunting and fishing was playing music all his life. Buzz was known in Kansas City as lead vocal and bass guitarist for many years. He continued music even as he got older, still playing bass and singing with family and friends. Buzz took pride in serving his country with the United States Army and keeping the peace in South Korea. He made sure his mother, whom he adored, was taken care of with his Army check and always sent her his entire check. Buzz was a military police officer, sharpshooter while in Korea as well as driving tanks and working armory. Even in Korea, Buzz had a band and played music every chance he could. He married the love of his life, Jamie also known as BeeBee, January 8, 1972 and would have soon celebrated 50 years of marriage. The pair was known as the Buzzy Bee’s.

Buzz is survived by his wife Jamie; six children, Micheal Hale, Kenny Allen Hale, Brian Hale, Kelly Hale, Crystal Hale and his step- daughter Tina Villers. He was full of life with a strong personality, values, morals and loyalty. Wise and strong if he told you advice you should listen. Buzz lived until he was 82 and even in his last days fought as the fighter he has always been. He was the strongest person we have ever known, but loving and tender with the ones he cared for. Buzz was a thinker and determined if he had an idea or a plan he made it happen. He is gone but could never be forgotten. He definitely left his mark in this world and made his sons strong and grandchildren all men that hunt, fish, play a musical instrument and love their country. He will be dearly missed and admired for many years to come.

Arrangements under the care of Barnes Family Funeral Home, Ozark, Missouri. Celebration of Life services will be announced at a later date. On-line condolences may be shared at www.barnesfamilyfunerals.com. 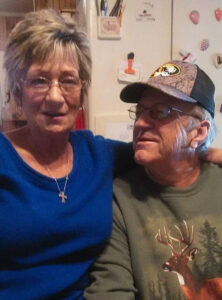 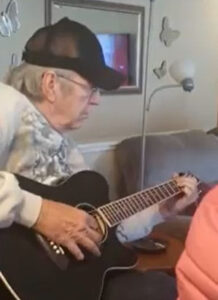 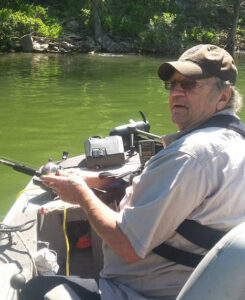 Do not think of me and weep.

I am not there, I do not sleep,

I am the thousand winds that blow.

I am that deer standing in the snow.

I am the sun that you feel on your face.

I am the gentle November rain.

When you awaken in the mornings hush, I am the swift uplifting rush of

quite birds in perfect flight.

I am the stars you see when you look up at night.

Do not think of me and cry, Im not there. I did not die.

Untill we meet again, Ill be with you always as your best friend. Be happy, and Believe. There is more to this world. Trust me.