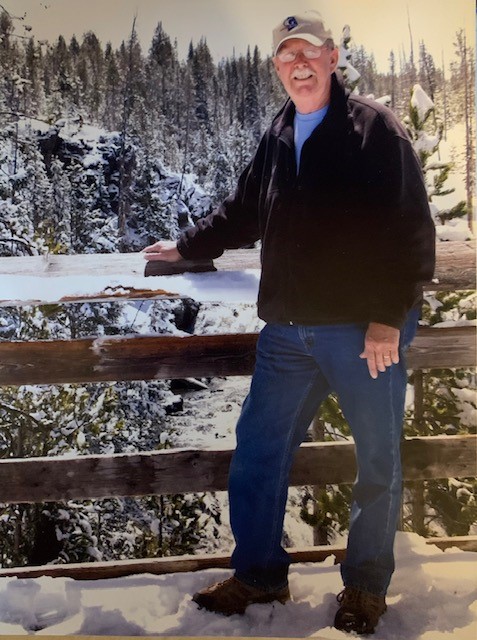 Lloyd led “a life well lived”. He joined the United States Air Force at the age of 17, met the love of his life, Orchid, at the age of 20, while they were both in the Air Force and married three months later in November 1966.

They lived long enough in Miami, Florida to have four children, Lori, Lisa, Lloyd Jr. (Boog), and Lyn; until one day they found a small 7-acre Missouri farm in a rural farm sale catalog that brought them to Ozark, Missouri in December 1974.

He was a caring, honest, and hardworking man who loved providing a life for his family. He was a plumber by trade but made a career at Mercy (St. John’s) Hospital for thirty years as a Project Manager responsible for any remodels and new additions.

He was a man of many interests and hobbies, able to breed and train champion dogs and horses, and raced pigeons just for fun. He built our home, barn, duck boats and bicycles from scratch just to see if he could. He held a pilot’s license and flew his Cessna plane on many adventures with his wife. He mostly loved tinkering around the home and farm from project to project and while watching the deer, turkey, and quail.

Along with serving in the Air Force, he served in many reserve units for many years such as the Seabees and Army National Guard that took him too faraway places like Egypt, Germany and Belgium.

We lost a good, honest man, loving husband, father, and grandfather. He will be sadly missed and forever live on in the loving hearts of his family.

The family will receive friends and visitors Saturday, January 7, 2022 from 1:00 to 3:00 pm in their home, 2885 Old Prospect Road, Ozark, Missouri. Cremation and arrangements under the care and direction of Barnes Family Funeral Home, Ozark. Online condolences may be shared at www.barnesfamilyfuneralhome.com.