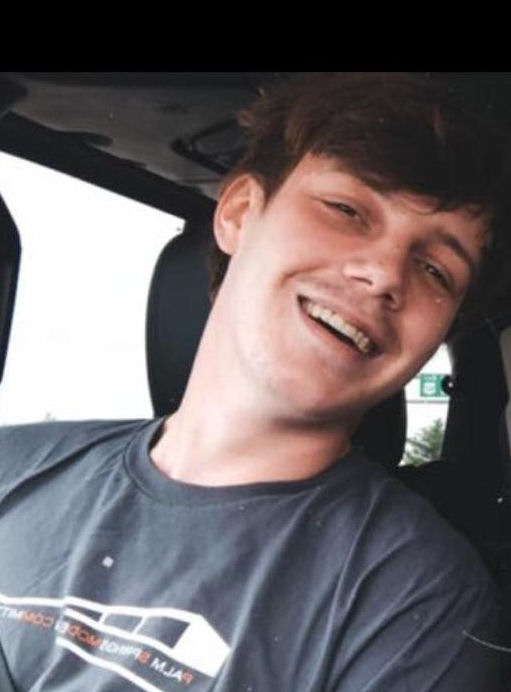 Nate was a rare soul in someone so young.  His love of life naturally burst from his beautiful smile and sparkling eyes. Behind that façade though was a sharp mind and stubborn streak that helped him achieve every goal he ever set for himself.

He had the ability to talk to people of all ages about any subject and his parents thought that someday he would become a very powerful, influential man in whatever career field he chose. He had recently helped his family open a new business in Rolla and had many valuable marketing ideas.

As a child, sports and pets were Nate’s hobbies.  Lately, time spent with his many friends was important to Nate.

Nate is survived by his parents, Don and Cynthia Brookshire; his brothers Levi and Garrett Brookshire; grandparents Kenneth Newnham and wife Donna, Nadine Newnham, and Don C. Brookshire; an extended biological family including siblings, mother and great-grandmother and many friends that claimed him as their brother.  He was preceded in death by his paternal grandmother, Ruth Brookshire.

Memorial funeral services for Nate will be 5:00 P.M. Saturday, June 22, 2019 in Barnes Family Funeral Home, Ozark. Visitation will be 3:00 P.M. Saturday until service time in the funeral home. Donations to honor Nate’s love of animals may be made to Rescue One, 1927-B East Bennett Street, Springfield, Missouri 65804. Online condolences may be shared at www.barnesfamilyfunerals.com.

All commments will be reviewed by our staff before being posted. Cancel reply
Previous Lillie May Satterfield
Next Kevin Keeler
© 2018 Barnes Family Funeral Home  |  Site Map
Designed by Red Crow Marketing
Handicapped Accessible