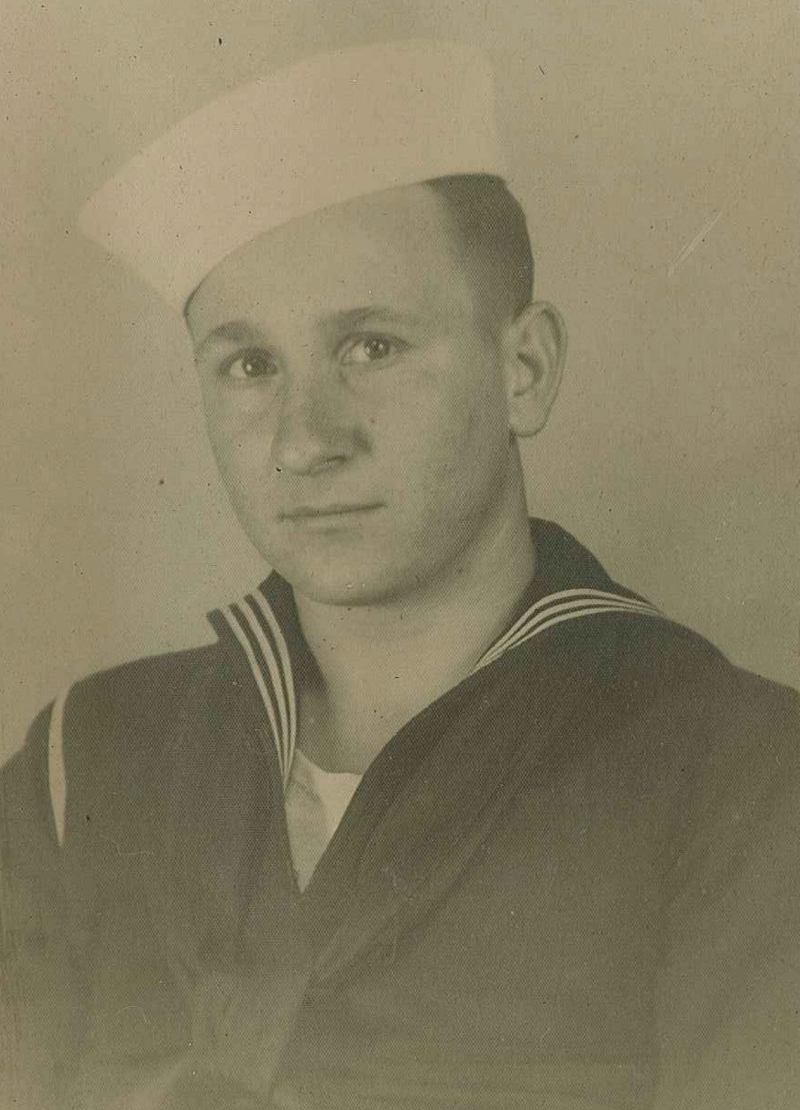 Upon being drafted into the US Army, Jack promptly went to the nearest US Navy offices and enlisted. Then requested the military due something about his draft notice. It worked! He became a private first class in the US Navy on October 29, 1942 and served in Malta, Sicily, New Zealand and the South Pacific Islands. In July of the following year he was on the USS Maddox that sank in the Mediterranean Sea after being bombed by German aircraft. In late fall of 1944, Jack was on a second destroyer that was bombed and sank off the Philippine Islands.

After surviving the sinking of two navy destroyers, Jack returned to Stigler to marry Laura Marie Hyder on June 2, 1945. He received an honorable discharge from the Navy in November of that same year. Upon his discharge, Jack and Marie moved to Southern California where they lived for the next 39 years. During this time Jack worked for the Simpson Paper Mill from which he retired after 30 years of service.

Following retirement Jack and Marie moved to Ozark in the summer of 1984. It was here in Ozark that Jack spent the last 26 years of his life. His life of retirement was hardly one of rest as he set about building a 40-acre farm on which he raised horses, cattle, and a true Victory Garden. He spent his free time at home with his beloved family, friends, and pets, or riding Fox Trotter horses in the Mark Twain National Forest. When he wasn’t able to enjoy the outdoors, he could often be found in his favorite chair reading Western novels or watching John Wayne films.

In lieu of flowers donations may be made in Jack’s honor to the Ozark’s Honor Flight program which flies local veterans to the visit the national World War II Memorial in Washington, D.C., at no cost to the veterans. Donations may be made at the following website:www.ozarkshonorflight.com/donate