Robert H. Cameron III, of Fremont Hills, Missouri passed away in his home Wednesday, November 23, 2022, at the age of 77 years and 3 months. Robert, fondly known to friends and family as Bob, was born August 23, 1945, in St. Louis Missouri to Robert H. Cameron II and Joyce (Williams) Cameron. On June 9, 1972, he was united in marriage Joyce (Phillips) Cameron.  They celebrated their 50th wedding anniversary this year.

Bob spent his childhood in Southern Illinois until his family moved to the Miller area.  He graduated from Miller High School and then went on to receive a Bachelor of Science degree in Industrial Technology from Southwest Missouri State University (SMSU). Upon graduation he became a Radio Communication Representative for Motorola designing and selling radio communication equipment and systems to business and law enforcement agencies.

Bob returned to SMSU for graduate work and received a Master’s Degree in Secondary Education.  During his graduate studies he became President of the SMSU flying club which won the 1974 National Intercollegiate Flying Association Championship.

After graduation, Bob became an Industrial Arts teacher at Republic High School and later also worked as the Cooperative Occupation Education Coordinator where he retired after 25 years of service.

Bob was an avid golfer and a dedicated member of the Fremont Hills Country Club for 33 years. He was especially fond of telling friends and family “how I got a double eagle”.  He enjoyed being a skilled HAM radio operator who would love to spend the winters doing “field days” contacting other radio operators all over the hemisphere.

Bob was a believer in Jesus Christ and strong in his faith.  He is survived by his wife Joyce Cameron, son Ryan Cameron, son Steve Cameron, two brothers Scott Cameron and Joe Cameron nephews, nieces, other relatives, and friends.

A visitation will be 5:00 to 7:00 P.M. Wednesday, November 30, 2022 in Barnes Funeral Home, Ozark Missouri. Graveside funeral services will be 10:00 A.M. Saturday, December 3, 2022 at Gobbler Cemetery in Carrolton Arkansas. Online condolences may be shared at www.barnesfamilyfunerals.com. 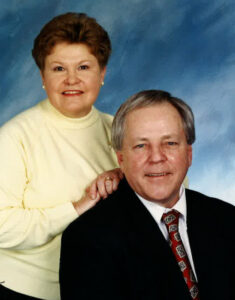