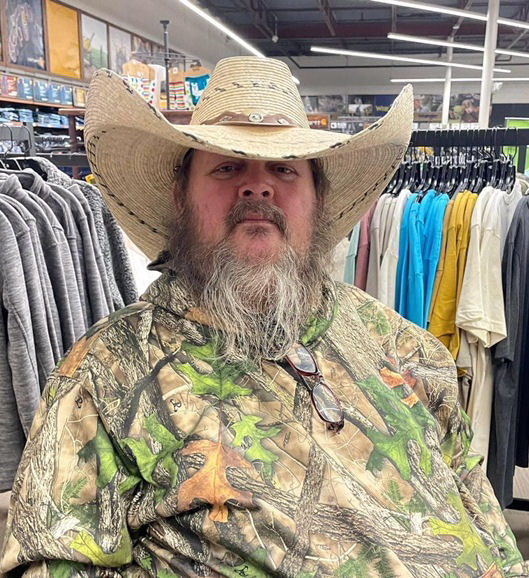 On June 16, 1979, Rusty was united in marriage to Penney Irene (Coffer) Morrison. This union was blessed with one son named “Little Darlin” AKA Justin Lyle Morrison and daughter “JB” AKA Jeri Beth Morrison.  In 1977, Rusty graduated from Chadwick High School with many friends and family.  He was a Christian by faith and baptized in unity with his wife Penney by Brother Darrell Mead.

Rusty (Whimpy) was a hard worker, passionate about his family and his faith. He was also and a member of the Fordland Freewill Baptist Church.  Rusty loved to share the word of God with anyone who would listen.  He was a carpenter/construction worker, logger, avid trader and little league umpire (STRIKE).  His hobbies and his favorite pass times was hunting, fishing, and he enjoyed being a great storyteller. He loved all outdoor activities and always made family his top priority.

In addition to his parents, Rusty was also preceded in death by an infant sibling, nephew Jesse Pogue, his father and mother in-law, Larkin and Janice Coffer.

Funeral services for Rusty will be 1:00 P.M. Thursday, May 5, 2022, in Barnes Family Funeral Home, Ozark, Missouri. Burial will follow in Old Boston Cemetery. Visitation will be 5:00 to 7:00 P.M. Wednesday, May 4, 2022, in the funeral home. Online condolences may be shared at www.barnesfamilyfunerals.com.