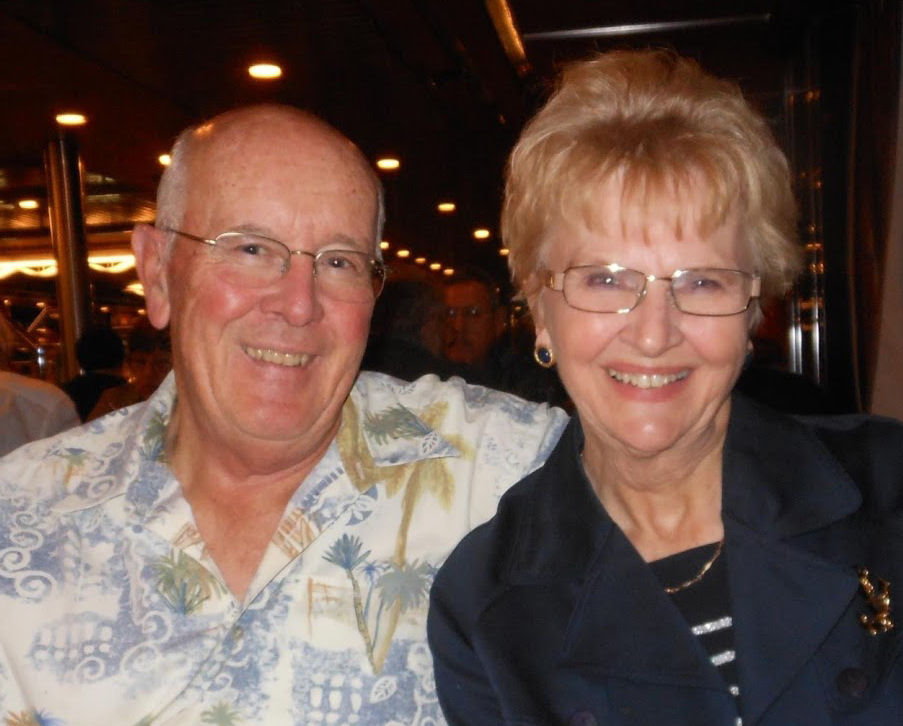 Sammie Gene “Sam” Trett, age 82, passed away in Springfield, Missouri, Monday November 23, 2020 following a long battle with congestive heart failure and its many complications. He was born February 2, 1938 in Gilbert, Arizona the son of Samuel Goff Trett and Arrie Effie (Ford) Trett. He grew up in Sturkie, Arkansas and moved with his family to San Miguel, California when he was 8 years old. Sam graduated from Paso Robles High School and was a veteran of the United States Army Reserves. He married his high school sweetheart, JoAnn Marie (Karkanen) Trett in September of 1957. They owned several businesses over the years, including Trett’s Chevron in San Luis Obispo, California for 29 years. After retiring, he and JoAnn moved to Branson, Missouri where he enjoyed working part time at Silver Dollar City. He loved history, gardening, reading, and tackling household projects, often volunteering his skills as a tile-cutter to anyone in need. He is survived by his sister, Laura Lee Trett; four children, twelve grandchildren, and two great-granddaughters (named below). He was preceded in death by his brother James Luther Trett, sister Mary Edith Voitlander, sister Wynema “Dub” Yocum, sister Reta Wafford, and grandson Justin Dean Trett. He was joined in Heaven three weeks after his death by his wife JoAnn.

JoAnn Marie (Karkanen) Trett, age 82, passed away in Springfield, Missouri, Tuesday December 15, 2020 after a year-long battle with cancer. She was born December 29, 1937 in Minneapolis, Minnesota to John and Josephine Karkanen. Their family moved to San Miguel, California when she was 7 years old. JoAnn graduated from Paso Robles High School and attended Bible College in Portland, Oregon. She married her high school sweetheart, Sam Trett, in September of 1957. They owned several businesses over the years, including Magnussen’s Bridal Shop and Ye Olde Sweet Shoppe, both in San Luis Obispo, California. They moved to Branson and then Ozark, Missouri in 2007, where they enjoyed seeing shows and playing cards with family and friends. She is survived by her sister Judy Lehnhoff, daughter Karin (Trett) Piper (and son-in-law Dwight Piper), son Paul Trett (and daughter-in-law Jill Houseman Trett), son Rodney Trett, daughter Suzanne “Sioux” Trett, grandchildren Shelby Trett, Tayler Trett, Connor Trett, Evan Piper, Natalie Humphrey (and husband Joey), Sam Piper, Anna Piper, Riley Piper, Bailey Wright, Austin Wright, and Emma Wright, and  twin great-granddaughters, Aubrey and Finley Humphrey. They were warm and welcoming to all, and their family isn’t complete without also naming Harold Wright IV and Katherine Rundall who were both like children to them. She was preceded in death by her brother John Karkanen, sisters Joyce Karkanen, Janette Karkanen, June Voeks, Jan Stafford, and grandson Justin Dean Trett.

They loved to travel and made so many memories around the world, speaking often of their adventures in Alaska, Ireland, Greece, Egypt, Istanbul, and the Caribbean. They were active members of the Nazarene Church is San Luis Obispo, California for many years where Sam sang in the choir and in a men’s quartet, and JoAnn was on the women’s committee and headed up more events, parties, and potlucks than anyone would be able to count. They had recently joined Ozark Highlands Church in Ozark, Missouri where they loved to attend the evening bluegrass services. They made everyone feel welcomed and loved, and “collected” family all through their lives. They will be greatly missed by all who were blessed to know them.

Memorial Services were held privately in their Ozark, Missouri home.

Sam and JoAnn were married for 63 years and apart for three weeks. We figure he went first so he could plant the roses. We miss you.