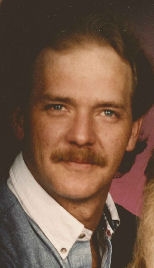 Terry Lynn Shoemaker, age 43 of Ozark, passed away Thursday, January 31, 2013 in his home after a sudden illness. He was born July 30, 1969 the son of Dale and Cecilia Shoemaker. On December 5, 2008 he was united in marriage to Shelly Kline. Terry enjoyed volunteering as E.O.C. assistant for Christian County and assisting with storm chases in various counties. He was willing to offer aide and was constantly helping others, no matter their situation. Terry was also a devoted husband and a caring father, grandfather and friend. He will be sadly missed by all his family but always lovingly remembered. Terry is survived by his wife Shelly; his mother Cecilia of Florida; three children Brandon Perriman of Springfield, Jeremy Kline of Branson, and Sommer Kline of Ozark; two brothers Gary and Larry Shoemaker; 18 grandchildren and several other caring relatives. He was preceded in death by his father. Graveside funeral services were 2:00 P.M. Friday, February 8, 2013 in Selmore Cemetery with Pastor Mark Wright officiating. Visitation was Tuesday, February 5, 2013 in Barnes Family Funeral Home, Ozark. Online condolences may be shared at www.barnesfamilyfunerals.com