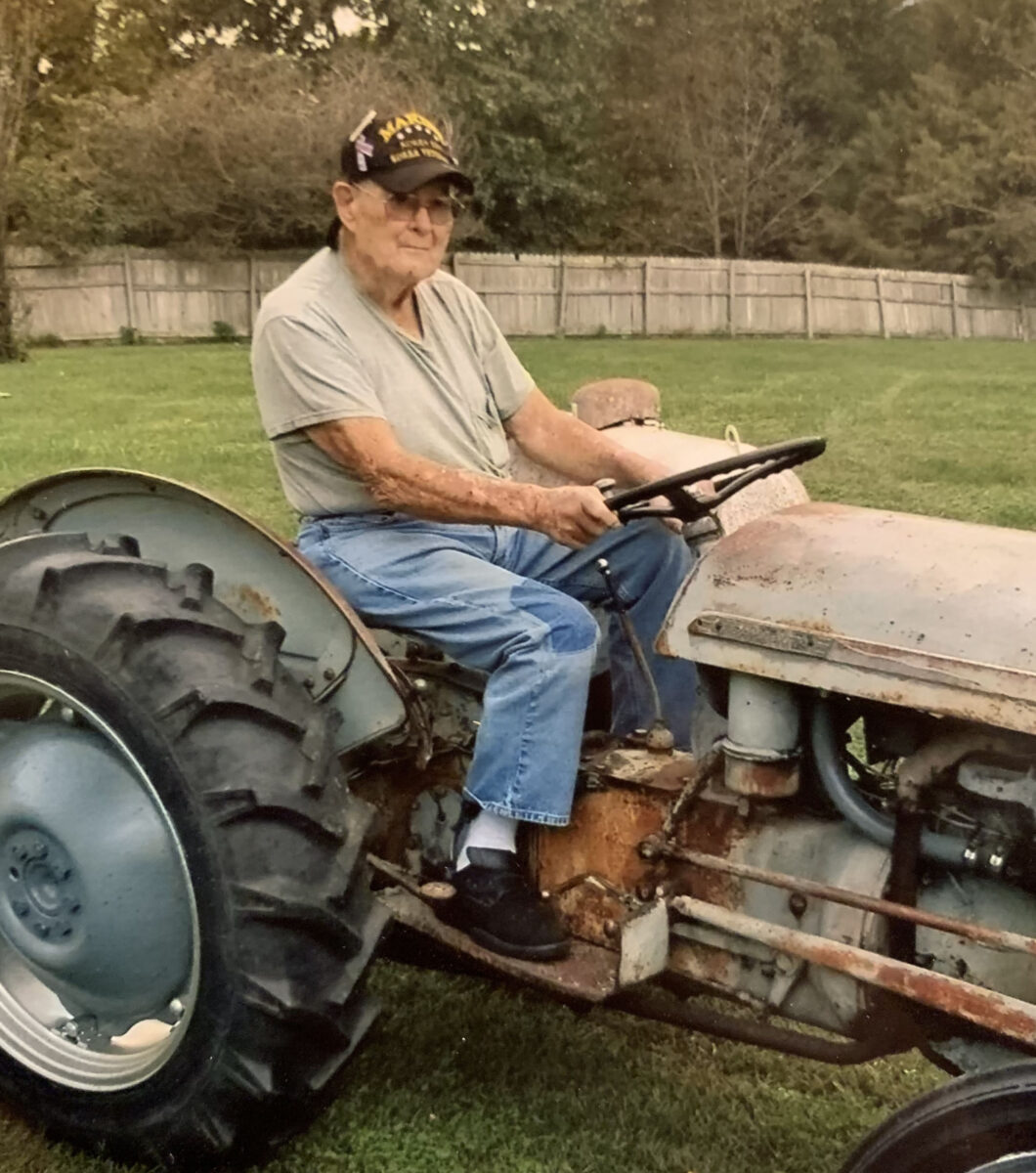 William (Bill) Clare Kearnes, age 90 of Clever Missouri, passed away quietly in the hospital Tuesday, November 10, 2020. Bill was born in St. Joseph, Missouri  December 7, 1929 to William Raymond Kearnes and Clara (Weiss) Kearnes. He attended Lafayette High School, in St. Joseph and married Elvona McBrayer on September 1, 1950. They were married 59 years before the passing of Elvona on July 10, 2010. Bill joined the United States Marine Corp in 1951 and served his country during the Korean Conflict. He worked for the Farragut Grain Elevator for twenty years, then as a gunsmith for several years at Silver Dollar City in Missouri and Tennessee, traveling to promote the park. After retiring from SDC, Bill and Elvona starting a new adventure and created painted wood fine art to sell at craft shows around the country before settling in Ozark, Missouri in the late 80s.

Bill loved to play Santa Clause every year, he loved blackpowder rifles, tractors, woodworking, hunting, fishing, canoeing, float trips, mowing his yard on his riding lawnmower and spending time with his family and friends. He also enjoyed watching his son Raymond skydive and had the chance to ride in a power parachute and hot air balloon.

Funeral services with full military honors will be 2:00 P.M. Friday, November 13, 2020 in Missouri Veterans Cemetery, Springfield, Missouri. Arrangements under the care and direction of Barnes Family Funeral Home. Online condolences may be shared at www.barnesfamily funerals.com.

Effective October 21, 2020 through December 31, 2020 the City of Ozark, Missouri issued a mask ordinance. A requirement to wear face coverings when in public, for the purpose of preventing or limiting the spread of COVID-19. Mask are also required at Missouri Veterans Cemetery. Barnes Funeral Home is following the ordinance and recommend social distance guidelines. The family and staff thank you in advance, for your understanding during these difficult times.