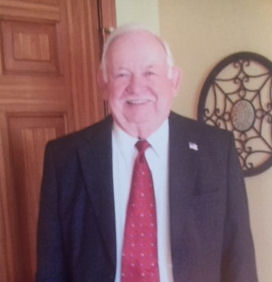 Willis W. Cantrell, age 85 of Ava, Missouri, passed away Thursday, June 4, 2020 in his son’s home in Nixa, Missouri, after suffering a stroke in January. Willis was born April 29, 1935 in Alexander County, Illinois, the son of James and Hallie Cantrell. In 1953, Willis joined the United States Air Force and became an Avionics-Electronic Technician working on several types of aircraft including the B-52. His military experience took him around the world, including Da Nang, Vietnam, where as a squadron First Sergeant he managed 108 airmen to help prepare for combat and against attack. Because of this endeavor, he was promoted to Master Sergeant and held this rank until retiring in 1973. Willis continued a career in aviation and was employed by Garrett AiResearch in Los Angeles and Mooney Aircraft in San Antonio, Texas.

However, his first love was sales and he became a sales consultant, then sales-manger for Southwest Lift, selling forklift supplies to several companies in the San Antonio area. In 1996, Willis retired to the Ozarks area in Ava, Missouri where he resided until his death. He was an active member of The Church of Jesus Christ of Latter-Day Saints in Ava. Willis enjoyed serving as the Executive Secretary to the Bishop for 9 years and a Home Teacher for 30 years.

Willis is survived by his wife Bobbie; 4 step-children Michael Tuck with Paula, Kim Wilcox with Todd, Sheri Vasquez with John Rivera, Joseph Tuck with Rachel; 21 grandchildren and 25 great-grandchildren. He was preceded in death by step-son Mark Tuck with Christine. Willis is also survived by his son Carl Cantrell and wife Doreen; grandchildren Haley Cantrell and Jacob Cantrell; sisters Jane Grojean and JoAnn Parcell; nephew Joe Grojean and Sasha; niece Brenda Murphy and Leon; numerous other caring relatives. Willis was preceded in death by his parents and brother James Donald Cantrell.

Come and go visitation will be held from 11:00A.M. to 2:00P.M. Tuesday, June 9, 2020, in Barnes Family Funeral Home, Ozark. Private family burial services with full military rites will be held at Missouri Veterans Cemetery. This service is limited to family members only due to Covid-19 restrictions. Online condolences may be shared at www.barnesfamilyfunerals.com.

During the latest Coronavirus Pandemic, Barnes Family Funeral Home is under the guidelines of the City of Ozark health and safety regulations and Governor’s policy regarding COVID-19. Therefore, our limitations are implemented as no gatherings larger than 20 people and maintaining social distancing of 6 feet. Our obituaries will be updated according to the progress of our mandates and information regarding our families wishes. With these safety measures we are obedient to others and consider safety and laws first. Our staff is working with others to expedite this situation and continue serving our community with care and compassion for their loved ones. During this most difficult time, our blessings and dedication will always come from our hearts, placing our families safety and needs first. Our online condolences and website is always available and suggested as a method of correspondence with the family. www.barnesfamilyfunerals.com