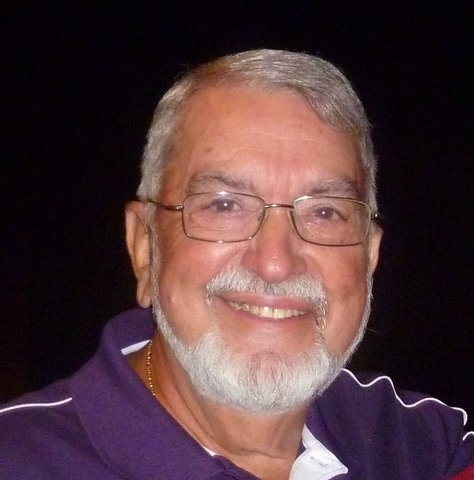 David Orland Ramey, age 77, of Nixa, Missouri, formerly of Bald Knob, Arkansas lost a seven- month battle with cancer and passed away peacefully at his home in Nixa, Missouri September 13, 2012 surrounded by family and friends. David was born to Margret Woodruff Ramey and Orland Ramey on July 12, 1935. He graduated from Bald Knob High School in 1953. He worked for the FBI, banks across Arkansas, the city of Bald Knob and was known for his artistry in taxidermy and oil painting. He served eight years in the United States Army Reserves. David was an avid hunter and fisherman; he spent many hours with fishing buddies on the White River, Big Hurricane, Little Red, Table Rock, Taneycomo, hunting in the forests of Arkansas to the mountains of Montana to the plains of Africa. He was a great follower of Nixa High School sports and the Arkansas Razorbacks. David was a faithful member of Aldersgate United Methodist Church in Nixa, serving wherever he was needed. He was preceded in death by his parents, David is survived by his wife Linda of the home, daughters Kerry Pitt of Searcy, Arkansas and Melanie Fisher of Nixa, Missouri, he was “Pappy” to five beloved grandchildren, AneElise, Drew, and Wade Pitt of Searcy, Ben and Abby Fisher of Nixa and his beloved dog, Bobby. A celebration of David’s life was held 2:00 pm, September 23, at Aldersgate United Methodist Church in Nixa. Burial will be in Bozeman, Montana. The family requests that in lieu of flowers that donations be made to Aldersgate Building Fund, 460 Aldersgate Drive, Nixa, MO, 65714 or to a favorite charity. In following David’s wishes his body has been cremated under the care and direction of Barnes Family Funeral Home, Ozark. On line condolences may be shared at www.barnesfamilyfunerals.com.