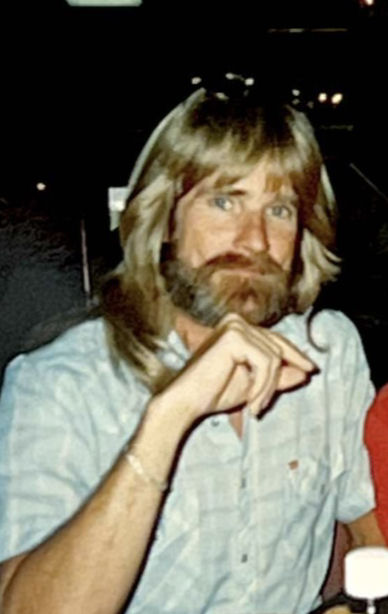 Dewey Earl Stutesmun, age 68 of Ozark, Missouri, passed away peacefully Friday, December 31, 2021 at Mercy Hospital, Springfield, Missouri. He was born Saturday, June 13, 1953 to Harold Clinton and Norma Lee (Penniman) Stutesmun. Dewey was born at the home of Oscar and Ina Winslow in Green Mound, Missouri with Ina delivering him. At the age of 8, he was baptized at the Bluff Hole, that is the head waters of Bull Creek, while attending the Green Mound Church.

At a young age, Dewey had a love for horses, he survived a kick to his head and a broken leg from a horse kicking him. Dewey attended Spokane School, where he excelled in track, with several ribbons to show for his efforts and he was also on the school boxing team. Dewey discovered the horsepower of automobiles and did some mechanic work in his early years, maybe even a little drag racing occurred. When he was a teenager, he survived a near fatal wreck, that took a few months for recovery, even being pronounced dead over the radio for his mother to hear.

Dewey was easy going, just drifting along like a leaf in a creek, dealing with life. He enjoyed the outdoors, mushroom hunting, float trips and hunting for deer, squirrel, prairie dogs and pheasant, along with being a great marksman. He enjoyed a good time with family and friends. Dewey worked as a heavy equipment operator, an over the road driver and in the oil fields in Kansas. Later in life, he had a heavy equipment accident, then multiple strokes, which left him unable to work or care for himself.

Dewey loved a good cup of coffee and would remind you if you forgot to bring it to him. He didn’t have an easy life, but you would never hear him complain. He was married three times. He gained a stepson, Joshua at the age of one, who he thought of and loved as his own son.

Dewey was preceded in death by his parents, the mother of his two children Diana Nelson, brother in-law Wayne Hall, and a niece Tonya Stutesmun.