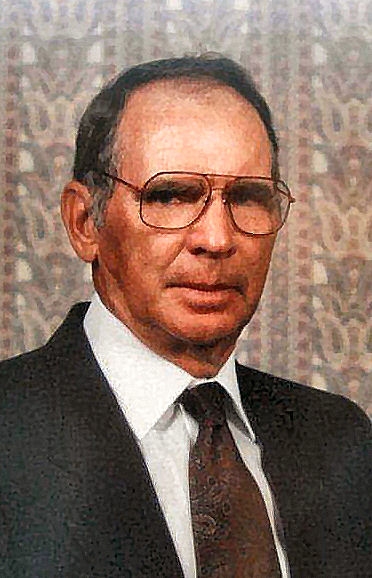 George Reed Simpson, 86, a lifelong resident of the Sparta community, passed away Friday, November 18, 2011 after a long illness. He became a Christian as a teenager and was a faithful member of the Sparta Church of Christ until his death. In March of 1945 he married Phyllis June Short, his wife of 66 years. Other survivors include his children; Sarah Simpson, of Miami, Oklahoma; Kathryn Fesperman and husband Bill of Springfield; Barbara Brown-Johnson and husband Ed of Springfield; Paul Simpson and wife Brenda of Nixa; and Mike Simpson and wife Sandra of Sparta. Grandchildren include Shawnna Burns, Debbi Joiner, Krysten Nicole, Leslie Smith, Angela Shepherd, Matthew Simpson, Brian Simpson, David Simpson, and step grandson, Dakota Hedgepath. Great grandchildren include; Madalyn Faucett, Vanessa Burns, Colin and Abby Joiner, and Annemarie, Cole, and Micah Smith. At the age of 19 he joined the United States Army and served with the 35th infantry as a sergeant in the anti-tank corp. He was stationed in the Phillipines and continued his service in post war Japan. He was honorably discharged in September of 1946 and came home to begin life with his new bride. He was preceded in death by his parents, John and Ida Simpson, a sister, Mildred, a brother, Charles, and two infant brothers. Surviving siblings include; Nancy Bray and husband Dwayne, Inis Mitchum, Mary Harris, Helen Acheson and husband R.J., and John Simpson and wife Kay. George supported his family as a dairy farmer and often did custom thrashing and bailing for others in the region. In 1974 he and Phyllis were among 35 couples selected in the state as the recipients of an award for farm management. He served on the Sparta school board and the Christian County ASCS committee. In the early 1970’s he was elected to the White River Electric Co-Op board. He was devoted to his work as a Director of the Co-op and in 2010 received the prestigious A.C. Burrows Service award for his leadership and outstanding contribution to the White River service area. He continued his service until his death. George was an avid outdoorsman and experienced many treasured times hunting turkey, pheasant, moose, bear, and deer with his closest family and friends. During his final years he enjoyed outdoor experiences centered around his fishing trips with those closest to him. George was loved and appreciated by his family and friends and will be greatly missed. Funeral services will be held 2:00 p.m., Tuesday, November 22, 2011 in Barnes Family Funeral Home, Ozark. Burial with full military honors will follow in Sparta Cemetery, Sparta. Visitation will be 6-8 p.m. Monday, November 21, 2011 in the funeral home. On line condolences may shared at www.barnesfmailyfunerals.com.