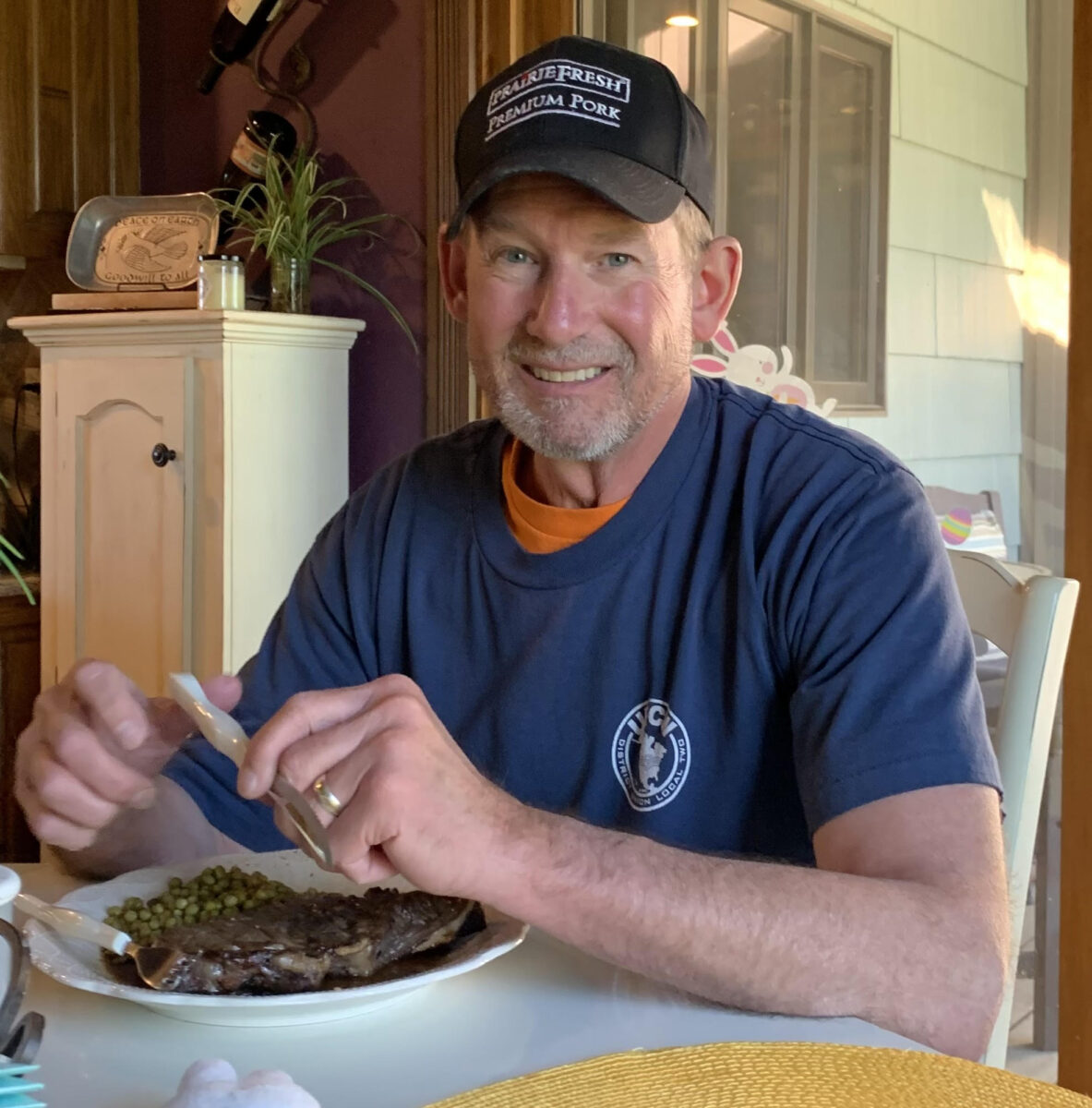 Kirk Wayne Steding, age 60, of Nixa, Missouri, passed away suddenly Friday, September 16, 2022 in Mercy Rehabilitation Hospital, Springfield, Missouri. He was born July 4, 1962 in Marshall, Missouri the son of Jim and Sandy (Gemmill) Steding. On June 2, 2012 Kirk was united in marriage to Cynthia Arens, together they recently celebrated 10 years of marriage.

Kirk was presently employed as a skilled Union Meat Cutter with Price Cutter of Nixa, Missouri and was in the trade for over 30 years. His customers and co-workers enjoyed his engaging personality and warm smile. Kirk was also a family man and shared his love with his children and others. He enjoyed all holidays, especially Christmas and being born on the 4th of July made it a special holiday. Kirk was an active man who found time to watch movies, swim, turkey hunt and ride his Harley-Davidson motorcycle. His large family always benefited from his secret cheesecake recipe and he favored being the taste tester for all foods. Alaska was his favorite state and he enjoyed living there for many years. Kirk will be sadly missed but his loving memory will live on forever in the hearts of his wonderful family.

A celebration of life for Kirk will be 11:00 A.M., Saturday, October 8, 2022 in St Francis of Assisi Catholic Church, 844 S. Gregg Road, Nixa, Missouri. Arrangements under the care and direction of Barnes Family Funeral Home. Online condolences may be shared at www.barnesfamilyfunerals.com.