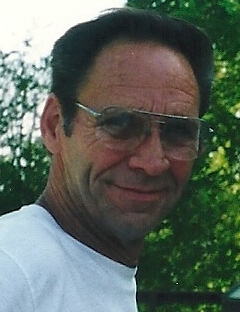 Nathan C. Sloan, age 69, passed away Wednesday, February 8, 2012 in his home at Chestnutridge, MO., with his wife, Merita by his side. He was born August 7, 1942 at Stillwater, OK., the son of Amos Elim and Velda Mae Katherine (Hawkins) Sloan. Nathan was well known for his work as service manager in the automobile industry for over forty years. He started his career at Harris Oldsmobile in Whittier, CA in the late 60’s as a new car prep technician. In the mid 70’s he worked for Courtesy Motors in Chico, CA and other dealerships in northern California where he worked at Hobby Chevrolet in Oroville, CA. for over ten years. He then moved to MO. where he spent the last eighteen years with Pinegar Chevrolet in Branson, MO. where he built a strong family relationship with everyone he worked with, and made amazing friends with his customers. His hobby was building and remodeling a “fixer upper” house which he turned into a loving home for his family. He was a devoted husband, brother, father and grandfather and friend to many people. Nathan was preceded in death by his parents. He is survived by his wife of nineteen years of marriage Merita Lucille (Seiple) Sloan; three brothers DeNoal Sloan and wife Catherine, Darris Sloan and wife Docia, and Lindon Sloan and wife Pat; two sons and their spouses, three stepchildren and their spouses, fifteen grandchildren, and one soon to be great-grandchild. His children and step-children and their spouses are as follows; Doug Sloan and wife Tiffany and children, Chad Sloan and wife Stacy and children, Kelly Pieper, Andy Pieper and wife Megan and children, Casi (Pieper) Johnson and husband Randy and children, as well as extended family members. Friends and family are invited to an all day celebration of Nathan’s life Sunday, February 26, 2012 at his home, 5375 State Hwy 176 East, Chestnutridge, Mo. 65630. Cremation was under the care and direction of Barnes Family Funeral Home, Ozark, MO. On line condolences may be shared at www.barnesfamilyfunerals.com.