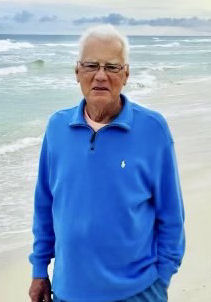 Robert Lumley, age 80 of Ozark, Missouri, passed away peacefully at home, Saturday, August 6, 2022, during the early morning hours. Bob was born August 30, 1941, in Hardin, Illinois. On May 26, 1962, he married Carol Flynn, and they just celebrated 60 years together earlier this year.

Bob graduated from Spalding High School in Peoria, Illinois. After High School, he attended Bradley University. Bob began his career and started in the Forklift business in 1969 at Hyster in Peoria, Illinois. Later, he moved to Shreveport, Louisiana to continue running one of the top forklift companies in the state. Deciding to downsize and spend more time with his family, Bob moved to Missouri in 1997. In 1997, he started his own forklift company with his daughter, known as BK&P Services, Inc. located in Ozark, Missouri. While his grandkids were in school, Bob spent many years and nights at the Ozark Park and High School coaching girls’ softball. He also enjoyed many great memories at the beach with his family.

A funeral service of remembrance and celebration of life will be 11:00 A.M. Saturday, August 13, 2022, in Barnes Funeral Home Ozark, Missouri. Visitation will begin at 10:00 A.M. and be held until the service time. Internment and burial to follow at Glenn Cemetery (Riverdale) Nixa, Missouri. In lieu of flowers, those that wish to honor Bob may donate to the American Cancer Society and/or the Parkinson’s Foundation.